jimout2002a's Blog
This is about Christ, Christianity and the Word of God which reproves, corrects and instruct in the Ways of God.

A JOURNEY THROUGH HELL! 3

She claimed to have heard. On the children’s education, she admitted her husband asked her to bring them back to school. Yet she kept them away through out the term.

The women of the Church had their programme. Prior to that they met, planned and rehearsed as all activities of the day would be handled by them. But, here came Judith’s daughter wanting to lead praise and worship! My wife stopped her, she was just a girl of twelve, meanwhile three women were scheduled to take it.
Because of this the girl refused to lead praise on the next service day when called; even when the brother told her I called her to lead; she shook her head. This happened in Church, just after the opening prayer! We later found out it was her mother’s advice she acted upon.
I felt a churning in my stomach; God was grieved.

Rebellion is one spirit I know God does not tolerate. Before going into the Word I told her that God was grieved by her action, which was an open and glaring rebellion. She has been barred for a while from coming up the altar. 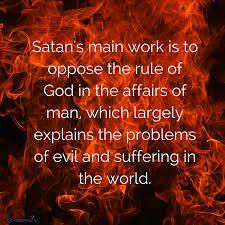 Meanwhile, her brother who also had been cautioned severally before, kept walking up and down, from the drums at the altar to the pew, out of the hall of service, and back again. What was he doing? He was attending his phone!

I could be very patient: even to a fault. But I could not contain it anymore. I barred him from the drums after reminding him of previous warnings. There has to be orderliness in the house of God. Though we trust God for souls into His house, certain practices should not be encouraged. Moreover, warnings had been given.

God is no respecter of persons. The same God that sent Moses ambushed him to kill him.

His standards must not be compromised.

Judith and her family stopped coming to Church . This was when her real nature surfaced!

She gathered a little group of people in the small community and they went round sowing seeds of hatred in the hearts of the members of the community; all based on lies!

Those that made up her little group were parents that had brought her report to us earlier. She went to them claiming we were responsible for what she did! They went further to teachers, said some untrue and unkind things about us, making some disrespectful to my wife and leaving eventually!

We began to understand how an Angel could sow evil seed, and pollute one-third of Angels in heaven!

Sowing seeds of discord is another thing that God hates; it is even an abomination!

“These six things doth the LORD hate: yea, seven are an abomination unto him: A proud look, a lying tongue, and hands that shed innocent blood,An heart that deviseth wicked imaginations, feet that be swift in running to mischief, A false witness that speaketh lies, and he that soweth discord among brethren.” – Proverbs 6:16-19

We became short of teachers, and consequently forced to combine classes. We made contacts for teachers. They will come, attend interview, given appointment but will fail to resume! Judith was at work! 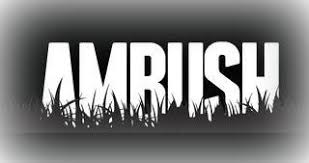 “ For the wicked have strung their bows, drawn their arrows tight against the bowstrings, and aimed from ambush at the people of God” – Psalm 11:2 TLB

This time she and her group suspecting anyone entering our premises to be a teacher, would go wait for them at the entry of the community (the teachers came from outside the community). Their minds would be poisoned making them not to come back!