jimout2002a's Blog
This is about Christ, Christianity and the Word of God which reproves, corrects and instruct in the Ways of God.

….. continued from A JOURNEY THROUGH HELL

We were thrilled when he had a job prospect with a motor company (whose name I will not give for discretion). However he needed a surety! Due to the relationship, he came to me when no one was willing to help.

Sometimes missionaries get blinded to the voice of reason, just because they believe God for a soul. I stuck my head out for Benjamin and signed a surety with the motor company to the tune of two million Naira! My wife was like, “what have you done?”

Though he used to send his tithe to Church, he seldom came to service despite all we tried, so I sent a message through the wife that he should stop sending the tithe; that the Lord is more interested in him than the money.

We continued to believe God to touch the heart of the couple when the instruction came, to relieve her of her school work!

Ah me! How can I do that? It is a hard decision for me!

This was someone who though I discourage it, called me “daddy!”  I began to imagine the anger against Okonkwo in Chinua Achebe’s “Things fall apart”, who beheaded Ikemefuna, a boy that called him “nna” (father).

How would I tell people in that community that God is love? Would they not ask me “which God? That God that asked you to sack a woman from her job thereby taking away her meal ticket?” How do I defend the gospel?

But the Master of masters has given His instruction. Obey or disobey!

I know if Brother Isaiah was here he would say “don’t be lead by your emotions. Let the Spirit lead you”.

“And shall make him of quick understanding in the fear of the LORD: and he shall not judge after the sight of his eyes, neither reprove after the hearing of his ears: But with righteousness shall he judge the poor, and reprove with equity for the meek of the earth: and he shall smite the earth with the rod of his mouth, and with the breath of his lips shall he slay the wicked.” – Isaiah 11:3-4

I wondered what I would have done if I was with them in the wilderness, and as member of the tribe of Levi, when Moses gave the instruction to go into the camp and slay everyone his brethren! Sometimes God pokes at our emotion to test our maturity and obedience.

Undoubtedly, God loves her more than anyone could ever do. There has to be a reason! Of course, God is not One to always give you reasons why He does what He does. He answers to no man, rather we all answer to Him.

Experience has taught me however that God does not go into a debate. Promptly, I called my wife, asked her to call Judith and to come with her to the office. Calmly as I could, I broke the news to her. It was not an easy thing to do! If asked I would say this so far, is the most difficult message I had ever delivered!

She pleaded and even sent people to plead on her behalf. I was torn between obedience to God and compassionate care for Judith, a sister in the Lord! 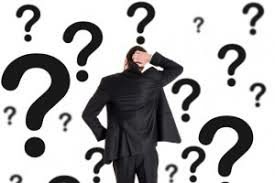 ​
For days I queried God: “why me? Why bring her to us in Church when you will ask me to fire her from the school?”

We tried encouraging her with the word of God. But how do you encourage someone you just fired? The only encouragement she expected was that we give her back her job!

Like Shakespeare said, “there is no art to find the mind’s construction in the face.” (Macbeth – the book)

Indeed only God knows the thoughts and intents of every heart.

“I the LORD search the heart, I try the reins, even to give every man according to his ways, and according to the fruit of his doings.” – Jer 17:10 (KJV)

While thinking good of others, only God knows what thoughts they have for you. That was what distressed David more than the rebellion of Absalom.

While she continued to come to Church, as usual, her attitude began to change. She had withdrawn her children from school, and now began a campaign against my wife and the school!
Believing to be her pastor, I went to her and counseled her not to involve her children, by turning them against her perceived enemy. I cited instances from both  the bible and in this modern days, how God reinstated people who humbled themselves: that God alone knew why He asked me to relieve her of the job. That rather than go to people and discredit my wife and school, she should go to God in prayer. I believed God wanted to do something in her life, she should go to Him.

She claimed to have heard. On the children’s school, she admitted her husband asked her to bring them back to school. Yet she kept them away through out the term.